So, iMessage has a handy new feature - both on iOS and MacOS - where if you send someone a URL it will extract some metadata from this URL and display it as a clickable link; 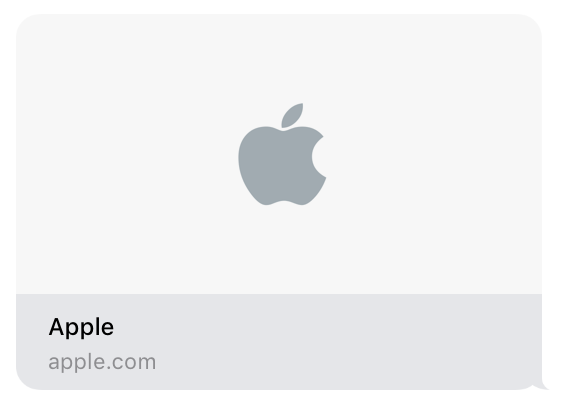 You'll be used to this behaviour if you use Facebook or Slack, as it provides useful meaningful content for a link.

However, there's a big difference between their implementation and iMessage.

iMessage makes a request from the device itself which reveals some significant information;

Also, you'll receive this request from each device the target has, allowing you to extrapolate additional information - for example determine if they're at home (for example, does their Mac and iPhone respond from different IPs), physical location (e.g. if a foreign mobile network IP appears) etc

For example my test returned these two useragents (from my Mac and iPhone);

As this request is clearly being made, and parsed, by Safari from the User-Agent string it's reasonable to believe that there is potential that an exploit found in Safari could be triggered without the target even browsing to the site, simply by sending them an iMessage containing that URL.

There is no way to switch off this automatic request behaviour, therefore no way to disable this. Hopefully Apple will either change this or make it an option to request via a proxy (enabled by default)

I do, however, accept there are times when having it query based on the users' own device is beneficial (e.g. corporate internal links being sent between employees using the same VPN)

Sometimes the best solution is the most obvious; extract the metadata on the sending device (they obviously trust the URL) and encapsulate that as metadata within the message.

@rsmck fix is do lookup on senders phone and send meta data with message.

I'm responsible for a commercial buildings that, as you would expect, have monitored alarms, access control and such like. However, commercial alarm monitoring is horrendously expensive, and most of them are stuck in the dark ages; I want to be able to monitor the

Or, why it's really important to dial the correct phone number. Or, alternatively, how to have people willingly hand over personal details to scammers. Nuances of the UK phone system Two thing conspire to make this possible in the UK; Overdialling The UK phone